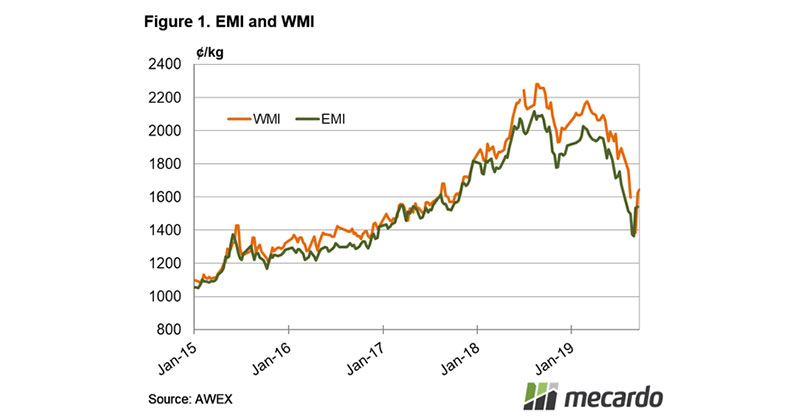 26 Sep Calm after the storm Last Thursday while Melbourne & Fremantle continued to lift, Sydney didn’t sell, so this week the market between centres firstly had to realign. This saw Melbourne down and Sydney up on Wednesday, however when the dust had settled at the close of the week there was a feeling of relief that the market overall was positive following a couple of tumultuous weeks.

Despite much speculation before the market opened that this week would see much of last weeks gains returned, the result was strong with a steady demand from buyers at the current market levels.

Western Australia again had a positive result. The Western Market Indicator rose by 18 cents to close at 1,643 cents .

Again, it was the finer types that performed strongest, reflected across the three selling centres. Crossbreds were generally unchanged, however the Merino Cardings Indicators in Sydney and Fremantle lifted, with the 1,000-cent mark again in sight.

Next week just under 30,000 bales are rostered, with the roster only increasing marginally in subsequent weeks.

Although the volatile market is still playing on all participants minds, there is somewhat a feeling of restored confidence. With the much reduced supply compared to previous years, the market should at least hold these levels, although the recent big swings will no doubt cause the market to remain on edge.