Is it viable to feed lambs yet? 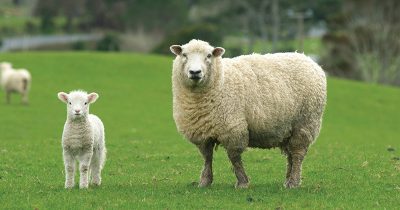 We’ve fielded some queries this week as to when sucker lambs might hit the market. One option is to lot-feed lambs to get them finished quickly. This week we crunch the numbers on feeding lambs and see if there is money in it, or if there might be under a few different scenarios. Last week, we analysed the NSW restocker lamb market relative to the Eastern States Trade Lamb Indicator (ESTLI) and the last week has seen it hit new lows. The NSW restocker spread to the ESTLI fell to negative 166¢/kg cwt (Figure 1). This not quite at the level of 2008, but the rise in the ESTLI to 744¢ and the fall or the NSW restocker to 578¢/kg cwt has the spread at a five year low.

The lack of grass and rising grain prices are driving the relatively weak restocker lamb prices. But are we now at a level which makes feeding lambs viable?  The answer is yes, but as always, a lot depends on the sell price.

Figure 2 shows the gross margins and the margins after feed or lotfeeding 32 kgs lambs to 46kg liveweight for the trade market. The cost of feed is based on a grain ration costing $450/t, with lambs eating 6kgs to gain 1kg liveweight.

At a buy price of around $82/head and a sell price of 550¢/kg cwt, or $116/head, feeding lambs will produce a small loss, and a bigger one if labour and other costs are included. If we factor in a fall in the trade lamb price to 650¢ the margin after feed is profitable, while a lamb price of 700¢ will see good margins after feed of $27 per head.

There is a reasonable chance that feeding lambs in NSW will turn a profit. However, the fact that prices basically need to stay in the territory which was uncharted prior to 2018, would make producers looking at feeding nervous about adding extra costs in an already tough year.

Additionally, getting lambs up to feedlot entry weights may not be that easy, and will require more feed and effort. This makes the simple option of selling more attractive.

The fact that there is likely some profit in feeding lambs means we might start to see lambs appear on the market 6 weeks later than normal, but the numbers will be nothing like the traditional sucker supply.

In Victoria, restocker lamb prices are still relatively expensive, coming in $14/head higher than NSW for 32kg lambs. This limits the viability of grain feeding in the south, which might slow the supply of southern lambs.

Again we are left with the supply gap which is currently seeing the lamb market at record highs continuing on for at least another month to six weeks yet.