In the past week A$18 has been lost from the December CBOT wheat futures, back to mid-May levels. 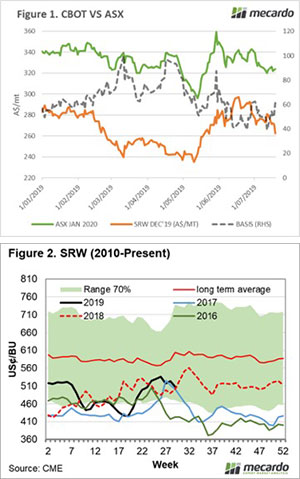 Figure 1 outlines the movements of the wheat market since the start of the season. The reasons for the recent falls are as follows:

In recent weeks the ASX market has fallen, and it would be expected that the large fall overnight will see pressure on local bids. At present ASX-CBOT basis for the harvest period is at the highest level since the start of July (+A$60).

This period of the year is always one of great volatility, with this year being no exception. In recent years there has been a rally during midyear followed closely by a crash (Figure 2). This year has probably been the most bullish environment, however the question remains whether there will be a rebound after recent falls or whether the pattern of recent years will continue.

In other news, rumours abound of very slow payments being made by a grain trader. At present these are just rumours, so no names cannot be given due to the potential legal ramifications. However, I advise that you read this article I produced around the time of the Lempriere Grain collapse.

As an extra piece of advice. Do not accept any excuses/promises if you are well overdue on receiving payment.

What does it mean/next week?:
The trade is still waiting for fresh data to determine what the corn acreage is likely to be. I have a feeling that most will have made their assumptions and when the data comes out the speculators will likely provide a short boost, but it may be short lived.

There are decent weather forecasts for the southern growing region over the next fortnight. As seems to be the case the norther regions in NSW & QLD seem to be missing out again.