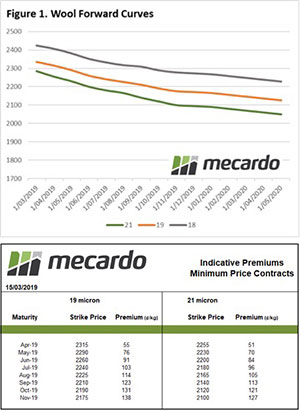 The forwards market picked up ever so slightly from last week with two more trades, but it is still somewhat muted when you look at the last few years for March. It is interesting to see large price differentials in the same Micron category in relatively short time intervals in the forwards market; this could indicate some panic in a falling market or in confidence that the market will continue to fall.

This week we have seen the Aussie Dollar regain some of the ground it lost at the tail end of last week. It now hovers around 70.7¢, an average value for the last 3 months. Auction levels have cooled again, but prices are still historically good.