The market is still bearish overseas 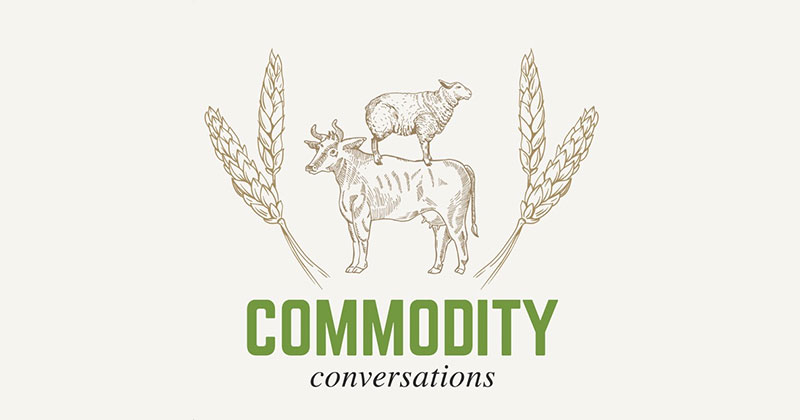 The USDA released their updated world agricultural supply and demand estimates (WASDE) report on Wednesday. As we approach the new marketing year the WASDE report becomes less relevant as the data contained within is largely set with only minimal tinkering around the edges.

The most important data in relation to wheat at this point of the year is the ending stocks. This will define the starting point for the new season, and global stocks were revised upwards. The stocks were raised by 5mmt to 275mmt (figure 1). 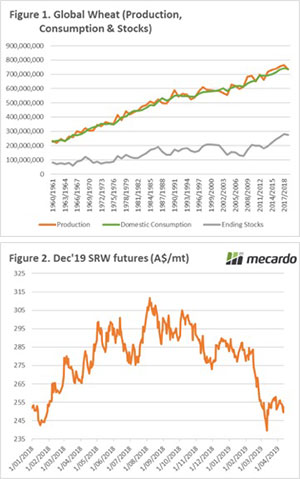 This is a fall of 6mmt from the previous marketing year, nonetheless global stocks remain extremely high with levels being the 2nd highest on record. The current situation points to continuing low international values for the coming three months unless disaster hits the northern hemisphere crop.

The trade has largely shown little concern to any of the data in the WASDE report with the market being relatively unchanged. The CBOT contract has been trading in a narrow range of 487-495¢/bu which equates to A$249-256/mt (figure 2).

The ASX wheat contract has lost volume in recent days, and has traded around the A$320, giving a strong premium above CBOT.

This premium is due to the uncertainty remaining with the 2019/20 Australian harvest. The BOM have released their 3-month outlook which doesn’t look great for northern NSW and South Queensland.  Nonetheless there is still plenty of time to pass between now and harvest.

On another note, If you are looking for something to listen to whilst seeding – give our podcast a shot:
Click here

What does it mean/next week?:
There is unlikely to be much movement in the international market during the next week, as there is little in the way of fresh information being released.

In this weeks’ market commentary we take a look at the World Agricultural Supply and Demand Estimates (WASDE) report, and the lacklustre market.